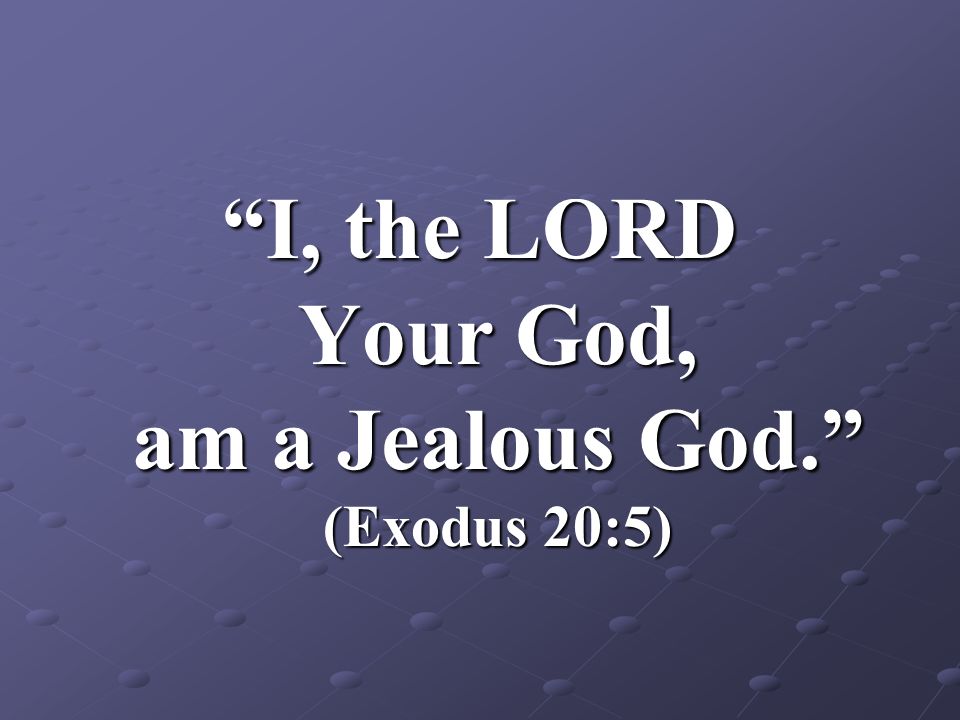 The message is a revelation saying “Jehovah Is Jealous”. That is, the happenings of the present day within the church and outside, have provoked Him to jealousy. Exo.20:1-5; Lam.1:1-11; Neh.1:1-3

The Almighty has a nature of jealousy which transcends generations (Exo.20:4-5). Lamentation described the misery which befell the Jews following their estrangement to God and provocation of His jealousy. Nahum talks of the oracle of judgement concerning Nineveh where Jonah’s message brought a national revival a little less than a century earlier. The gross degeneration evoked God’s jealousy (Nah.1:3).

At this juncture, it is necessary to point out that the description of the misery that befell the Jews (Lam.1:1-11) is a picture of the state of the church. This dilapidation has stirred up God’s jealousy; and He is set to show that He has ceded neither the church nor the world to Satan.

What Is God’s Jealousy?

Ordinarily, the word ‘jealousy’ means suspicious or fearful of being displaced by rival. But the Almighty cannot be afraid of anything as He knows the end from the beginning.

Therefore, the word ‘jealousy’ in the context of Exo.20:5, refers directly to the attitude of God’s justice and holiness, as He is the Sole Object of human worship and does not tolerate men’s sin.

In other words, the Holy God has made man in His image to worship Him alone and abide by His precepts (prescriptions) and commandments. Failure to follow these will amount to sin (a missing of the mark) which His righteous nature will not tolerate, thus evoking His judgement (for righteousness and justice are the foundation of His throne – Ps.89:14).

The escalating wickedness of this generation: messing up of the house of God and people of God by ministers and members; oppression of God’s people; lawlessness in the society; blood spilling; murder of innocent ones, immorality, unnatural sin, etc, which are deviations from His commandments, have stirred up His jealousy; and He wants to act.